Reply To: Full Solutions For Preptest 77

This is game 4 solutions for the December LSAT. I know Danny posted some in his post, but here is another way to setup/attack game 4 that you guys might find useful! This game was a defined grouping game that if set up correctly was not too difficult, but the way the game starts out it might lead you into a different set up.

First we have 5 volunteers H, J, K, M and N being assigned to 3 committees, X, Y, Z and then these volunteers will each hold a position on the committee L, S, T

The basic set up for the game is: 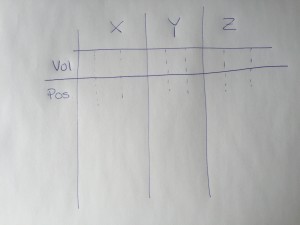 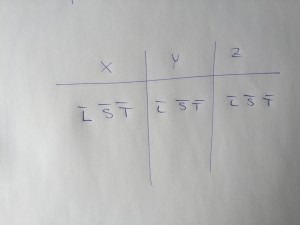 You do not want to put the positions held as a static variable, because then you cannot add a volunteer onto a committee unless you know their position. And it is possible you won’t know there position but you will know which committee they are on so you want to leave the option open to record that.

The rules for the game are:

So when you plug the original deductions into your diagram it should look like this so far: 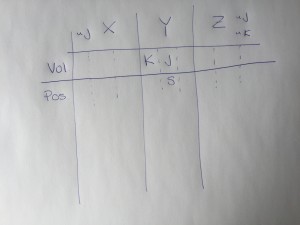 But now that you know J and K cannot be in Z that means the remaining 3 volunteers H, M and N have to be in Z. And since N is there, N has to be the leader.

And since M can be used only once, we now know there is no M in X and Y.

So that leaves either H or N being on committee Y, with most of the positions remaining unknown. However, just note that if we knew N was on committee Y, since N is always the leader we would be able to deduce that K would have to be T, but since H/N could be there we can’t make any further deductions. 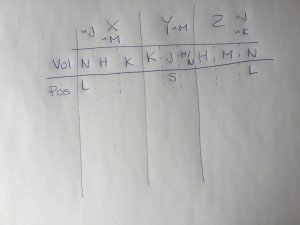 18. For committee Z we know it is made up of N, M, and H, with N being the secretary. So quickly scan to see if an answer has those 3 and has N being the leader. Only choice E has this. So E is correct and then we can quickly move on. 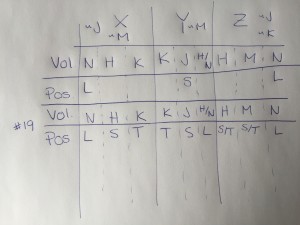 This means that each of the following could be true except: C – because H cannot be the treasurer of X, as you can see from our diagram H must be the S for committee X

So the amount of positions is fully determined for B- only committee Y, as you can see from the diagram. We still do not know the positions of the other committees.

22. To know what type of answer we need to find for determining the positions of everyone on every committee we need to think strategically. First off, we don’t know if committee Y has H or N, so we would need an answer that would force one of them on committee Y. Also, if we knew one more persons position on each committee we could figure out the third position by process of elimination and solve the whole game. So we need to see which answer does that.

A) H is the leader for one committee. This forced H to be the leader of Y and then we would know K is the T for committee Y, but we still would have no idea of the positions of the other people on committee X and Z. So this answer is out.

B) H is the secretary for two committees, well H could be the S for X and Z and then we would have no idea still if H was on committee Y or if N was. So this answer is out. 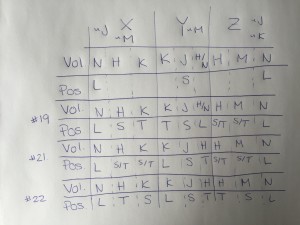 D) K is the T for two committees would give us the same diagram as #19, and as we can see we still had a lot unknown. So this answer is out.</span>

E) Nash is the leader for all three. Means N is the L on Y as well so K would be the T, but we would not know the roles of the volunteers on the other committees still so then this answer is out too.

23. This is the substitute a rule question. It tells us that we need to find a new rule that could replace the rule stating that M is only assigned to one committee. So to figure out how to replace it we need to consider how this rule affected our original diagram. Since we figured out that M was on committee Z by default, because K and H couldn’t be there, we would need a rule that would force M not to be on committee X and Y.

A) H is on more committees than M. Well this would leave the possibility open that M could go on two committees since it is possible H is on all 3. This would change our game so A is out.

B) J must be on more committees than M. J can only be on one committee, so that would mean M would have to be on 0, which would change our original game as well, so B is out.

C) K must be on more committees than M. Well K must be on 2 and can only be on 2, since K cannot go on Z, so then that would force M to only go once or 0, but M cannot go 0 anyways because M gets forced onto committee Z, so this works!

D) M must be on more committees than H. This is out because H goes 2-3 times! and M can’t go more than that! M needs to go only once.

E) Nash must be assigned to more committees than M. N goes 2-3 times, so once again this would make it possible for M to go 1-2 times, which  would be too many! So this answer is out as well.

I hope that made the game seem a little easier for everyone!!!