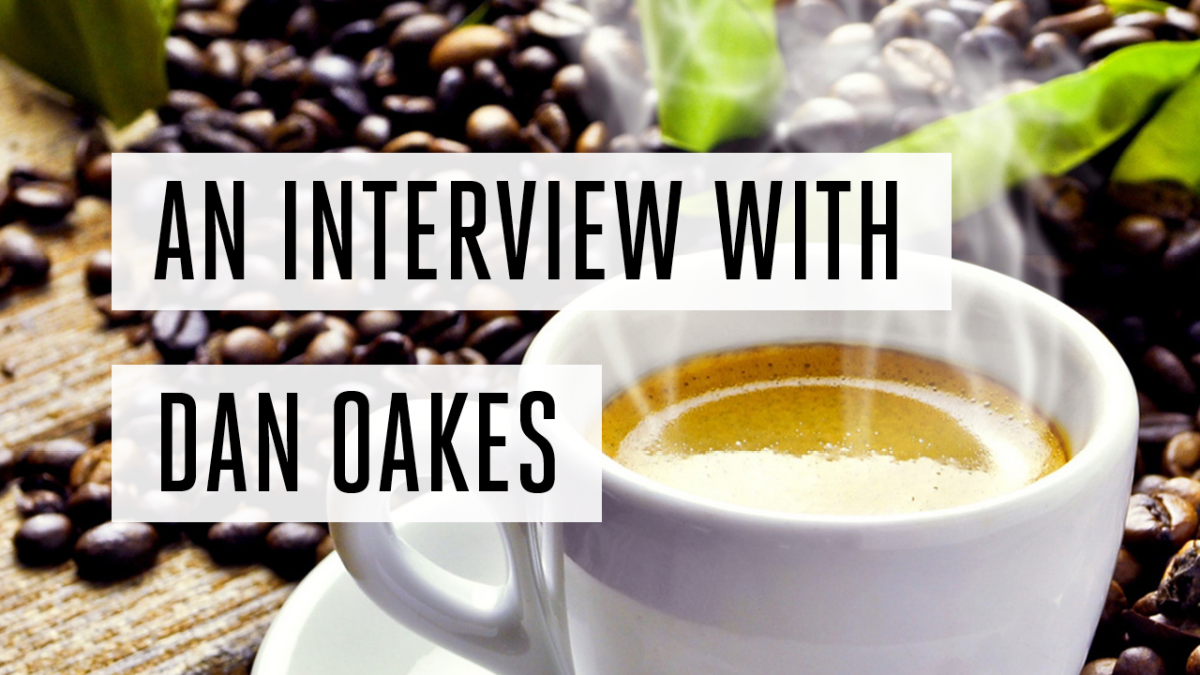 Dan Oakes is a former attorney from southern California. He has tutored and taught LSAT classes for six years now, and written extensively on it. His own LSAT score was in the 99th percentile, and he knows much more about the test now than he did when he took it himself. He’s helped hundreds of students prepare for the exam, and his former students are now practicing attorneys and law students scattered across a variety of law schools including upper tier-1 schools. He has reinvented himself numerous times, and is a former standup comic, bartender, journalist, teacher, bridge club owner, and more. He’s also a magician member of Hollywood’s famous “Magic Castle,” a United States Chess Federation expert, an American Contract Bridge League silver life master, and a mediocre but avid curler. He’ll be breaking a 47+ year streak by getting married on April 30, 2016. His LSAT tutoring website is www.acmelsatprep.com.

Q: How did you study for the LSAT when you first took it?

A: Very haphazardly. I took the LSAT on a whim. I asked a friend what he was doing one weekend in late 2001, and he said, “I’m taking the LSAT on Saturday; you should take the LSAT.” As it happened, I was in a bookstore that weekend and noticed “One L,” Scott Turow’s account of his first year at Harvard Law. It’s a book that talks people out of law school, for the most part, but I found it fascinating and intriguing. I kicked the idea around for a couple of weeks, then signed up for the December LSAT. I went to Barnes & Noble and picked up the Princeton Review book, which…how shall I say this…wasn’t any better then than it is now. I knew absolutely nothing about the test before I bought the book; I worked through it for a few weeks, then took the test. Not recommended! But I was lucky; I had a little philosophy in my background, and I had done things that coincidentally happened to be great training for the LSAT – I had worked in journalism, and I was a competitive bridge/chess/poker player, which is great applied formal logic training: “If he had the king of diamonds, he would have played a spade; he didn’t play a spade, so he must not have the king of diamonds.”

Q: Why did you decide to become an LSAT tutor?

A: Shortly after I had been laid off from the firm I worked at as an eminent domain attorney, I started my own solo practice, and a friend asked for a help with a couple of logic games. She was taking a class…either Kaplan or Blueprint. I helped her out, and told me I had explained it better than her instructor, and she had paid some ridiculous but typical amount for the class…maybe $1,200 bucks?

I had absolutely no idea that people paid that much for prep courses. When I took the test, I didn’t even look into prep courses. I thought it was something I could do on the side, so I printed up some business cards, she got me a couple of referrals, I started advertising online, and it just built up to the point where I could do it full-time, and I stopped renewing my bar card and practicing. That’s the how; the why is basically that I enjoyed it, and I was good at it. I set my own hours, I don’t have to wear a coat and tie and deal with judges and attorneys, and I get to help people achieve their dreams. I enjoyed law school, and I enjoyed being a lawyer, but I didn’t have the lifelong passion for it that some of my students do – it’s really important to them that they become attorneys, and I love being able to help make that happen.

Q: If you had a chance to give just a bit of advice to every student studying for the LSAT, what would it be?

A: Focus on conditional logic and get it down cold or close to cold before you start worrying about anything LSAT-specific, like game diagrams, LR question types, etc. Give yourself a long enough time horizon; improvement is incremental. Focus on accuracy – thinking your way through the games and arguments. If you’re doing the process correctly, timing will improve organically. Finally, only three things really suck in between now and becoming a lawyer – the LSAT, your first semester finals, and the bar exam. So keep your eyes on the prize and do the work.

Q: What do you see as the key to Logical Reasoning mastery?

A: When it comes to LR, at first pay specific attention to flaw questions and questions that ask you to find the conclusion. Conclusion questions because on every passage that has a conclusion – which is the vast majority – the question will revolve around that conclusion in some way, and if you can’t find it, you’re in trouble. Flaw questions because every argument you see will be imperfect. Syllogisms make for bad LSAT questions – there’s no flaw, they can’t be strengthened or weakened; they’re 100% certain, there’s no assumption being made… So LR questions are about imperfect arguments, and there are only so many ways that arguments can go wrong. Learn them by getting flaw questions down solid, and you’ll see the knowledge pay off on the other question types.

Q: What do you see as the key to Logic Games mastery?

A: First, you’ve got to learn just a few basic but essential diagram types. These are the tools in your toolbox. When you’re diagramming to test an answer choice, don’t confuse the 100% certain stuff with the possible-but-not-necessary stuff; that’s a recipe for disaster. Similarly, keep in mind the important difference between the could-be questions and the must-be questions. If you have a must-be-true question, it does you no good to know that an answer choice could be true; but if you know it could be false, you can eliminate it.

Q: Do you have any advice for people who are thinking of starting their own LSAT tutoring business?

A: Lots! LOL. Take it seriously; don’t add LSAT just because you kind of understand it better than most people and you want to add a subject to your general tutoring business. If someone gets a C instead of a B in the algebra class you’re tutoring them in, it’s probably not a big deal; he or she passed, anyway. If someone gets an LSAT score five points lower than they could have, it could cost him or her tens of thousands of dollars in scholarship money; it could keep him or her out of a higher ranking law school, which in turn can lead to fewer job opportunities. Work through all of the past available LSAT exams, buy and read the available commercial test prep materials – you’re responsible for your own Continuing Education. You could probably count the number of weeks I haven’t thought about the LSAT at all over the past six years on one hand. Be familiar with the conventional wisdom from the tutors and writers who have gone before you, and see if you can develop some ideas of your own, too.

Force yourself to discover new things about the test. Most of my students have taken a prep course taught by a major test prep instructor who’s on script – you either get it their way, or you don’t. They need someone who can explain the same idea in different ways, if the first way doesn’t work. If you haven’t taken an actual timed, proctored, scored LSAT, sign up and do so. It’s good for your skill set, and it’s good for your business, as far as credibility goes.